What You Need To Know About June Race Day 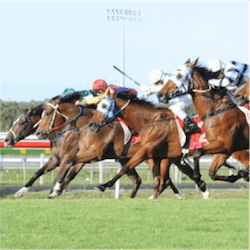 June Race Day Around the Corner

On Saturday the 10th of June, horse racing enthusiasts, punters and Victorian racing members will get a chance to celebrate more winter racing at Flemington Racecourse on June Race day. This annual event features a nine-race-card line-up with heat five of the Winter Championships and heat six of the All Victorian Sprint Series. These two series are perfectly placed on the racing calendar to ensure great racing action throughout the off-season

Flemington Racecourse is one of the most recognisable tracks in the country. Originally called the Melbourne Racecourse, Flemington was first used in 1840 when the town of Melbourne was just a few years old. It has the honour of being the oldest metropolitan racecourse in Australia. With sweeping views of the Melbourne skyline, Flemington is perhaps most famous for hosting the Melbourne Cup. First run in 1861, the Melbourne Cup Carnival is annual festival of horse racing and fashion starting in September and running until mid-November.

June Race day at Flemington offers up a great day out for locals as well as superb racing action for online punters and people at the track. Kicking off the race day is the 1100m Super Vobis Two-Years-Old Handicap. This is a handicap race for two-year-olds with no class or sex restrictions. The track record for the 1100-meter race is a time of 1:02:15 set by Loveymadly on the 2nd of March 2013.

The second race of the day is the 1000m Super Vobis Three-Years-Old Handicap. This is a handicap race for three-year-olds with no sex or age restrictions. The total prize money for the race is $100,00. The track record was set by Black Caviar in 2013 with a time of 55:42.

Race three at Flemington June Race day will be the slightly more taxing 2000m Super Vobis Three-Years-Old BM78 Handicap. This is a handicap race for three-year-olds with no sex restrictions and a benchmark 78. The 2000m race has a total prize money of $100,000 and is considered one of the highlights of the day. The track record time of 1:58:78 was set by Makybe Diva back in 2005.

Plenty of racing action will follow with race 4 being the 1400m Super Vobis Three-Years-Old Fillies BM78. Race 5 will follow as the BM78 handicap and race 6 the BM 90 Handicap. The final few race will be set closer to the date.