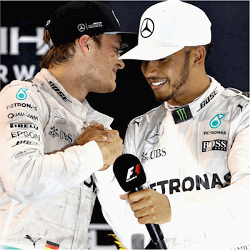 Following the shock exit of Nico Rosberg from Formula One just 5 short days after he won the World Championship trophy, a number of industry members and sporting greats have weighed in on the racing drivers’ reasons for leaving. But perhaps most telling was a comment made by his father, Keke Rosberg, also an F1 Champion, after his son won the title. Rosberg snr. said that he didn’t know how much F1 had taken out of his son, and maybe he’d retire tomorrow – a comment that no one read anything into until afterwards.

A Loss for Mercedes

Rosberg had been driving for Mercedes and after he decided to quit the sport, retired racing driver Niki Lauda said that the team was now at a bit of a loss. Lauda is the Mercedes Executive Director and is concerned that all other top drivers are under contract and finding a replacement for Rosberg would pose a real problem.

Add to that the fact that the pairing of Rosberg and Hamilton was an ideal one, Mercedes seems to have been caught on the wrong foot, but as Lauda knows, race drivers will stop when they want to, and there’s often little that can be done to reverse their decision.

Mercedes Principal Toto Wolff has said that Roserg’s decision was a brave one and was a testament to his strength of character. He said that Rosberg has chosen to leave at the pinnacle of his career and having achieved his childhood dream, he can go out on a high. He accepted Rosberg’s decision outright as he could see that the newly named champion’s mind was made up.

Interestingly enough, Lewis Hamilton was less than surprised by Rosberg’s decision, saying that it was the first time the driver had won a title in 18 years, so it made sense. He also motioned that he knows Rosberg has a family and young daughter he wants to focus on, and that he wants more children, and that the pressures and sacrifices that F1 puts on a driver can compromise this. Hamilton did say he will miss the rivalry, and that Rosberg had been an amazing and formidable teammate.

Rosberg made his official announcement on Twitter, telling fans he had a message for them, leading to a longer post about how he had fulfilled his dream and was now ready to focus on other aspects of his life. He went on to thank fans and has since posted footage from the FIA Prize giving ceremony in Vienna and received messages of congratulations from across the globe. Many have said that Rosberg’s exit shows him to be one of the classiest men in sport, and his legacy of working towards making his dream a reality is one that will last a lifetime.