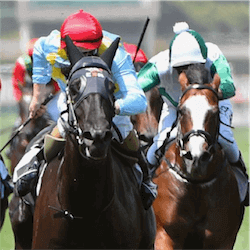 Australian punters have three quality Group 1 sprints to look forward to on Blue Diamond Stakes Day, February 25: the last important race meeting at Melbourne’s Caulfield Racecourse before the industry starts preparing for the winter action in Sydney. One is the Blue Diamond Stakes itself; Australia’s richest race for two-year-olds with a purse of $1.5-million, run over 1,200m at set weights.

The second is the 1,400m Futurity Stakes, a weight-for-age handicap. It is restricted to horses three years old or older. It is the day’s open sprint, however, and also the shortest on the card, the 2017 Oakleigh Plate, that will see lots of interest from sports betting enthusiasts, for several reasons.

Firstly, at a distance of only 1,100m, it is always a thrilling flat-out gallop. Secondly, with a purse of $500,000, it attracts a decent field. Along with the Group 1 Lightning Stakes in January and Newmarket Handicap in March, both run at Flemington Racecourse, the Oakleigh Plate forms the middle leg of Melbourne Autumn Carnival’s sprint series.

Barrier Draw Not Really a Factor

Perhaps what attracts Australia’s punters most about the Oakleigh Plate is the fact that it really can be any horse’s race. Runners come out of the Caulfield chute into a long straight run, before the race’s one and only turn, so the barrier draw is not as much of a factor as it can be in longer races.

Ample evidence of this was provided in last year’s race. Chestnut gelding Flamberge, carrying topweight of 58kg and starting from barrier 15, was an outsider at $31. This didn’t stop the gutsy 7-year-old from winning the 2016 Oakleigh Plate with a perfectly timed sprint.

Even so, Flamberge barely hung onto the lead at the death. In another stride, the horse eventually placed second after a photo finish, 5-year-old Canberra gelding Fell Swoop, would have snatched the victory. At $13, Fell Swoop wasn’t the race favourite either; that was three-year-old filly Heatherly, at $3.70. The favourite led from the start, with Flamberge only passing her in the final 100m. So for a fast, intense betting thrill, the 2017 Oakleigh Plate is going to be hard to beat.