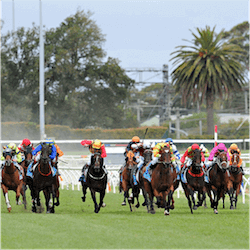 Fast Fun with the Oakleigh Plate

The annual Oakleigh Plate will be held on the 25th February 2017 and is set to host some big names. The race is more suited for sprinters so the punters are going to be licking their lips in anticipation for this one. The Oakleigh Plate is part of the autumn season of races held in Melbourne Australia at the Caulfield racetrack. This is a Group One race that fields 3-year-old horses and older and has a $500,000 purse.

Last year saw Flamberge take the win with Fell Swoop coming in second and Heatherly coming in third. This year will no doubt have all the thoroughbred action that punters have come to expect from the race with the likes of Thermal Current setting a high standard coming into this race with back to back wins at Flemington and then at Caulfield. This was quite unexpected as Thermal Current was actually a 10 start maiden before the race at Caulfield a few weeks back, so the sudden winning form on display was quite a surprise as the odds were fairly stacked against the underdog.

This year promises yet another high quality field which in turn guarantees the that there will be some compelling betting options available for punters to place a wager or two. The usual advice that is given for this race in particular is for punters to keep an eye open on the early performers in the autumn season as this 1100m race has the ability to bring out the best in quick sprinters.

The maximum starters are 18 and the last time that a full line up was seen was back in 2014. The Oakleigh Plate field nominations will come to an end on Monday the 21st of February. There will no doubt be some exciting options available to punters as the details are unveiled on Wednesday the 22nd so punters are advised to keep an ear to the ground and an eye on australiansportsbetting.net for all the latest rundowns and info for the Oakleigh Plate 2017.