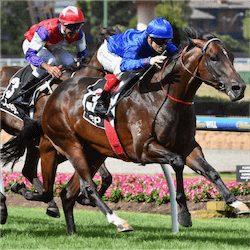 Moonee Valley Racecourse in Melbourne made it name as the home of Australia’s most prestigious weight-for-age race, the WS Cox Plate. Of Melbourne’s three venerable racing clubs founded in the 19th Century, Moonee Valley is the youngest, but a determination to delight punters constantly with something new helps it to remain competitive. Night racing is one such innovation, and Moonee Valley hosts popular Friday night meetings under lights regularly.

Perhaps the most important night race of the autumn season takes place on a Wednesday, however. This year, the William Reid Stakes for 3-year-olds and older will be run on March 22. Keen race betting fans would do well to study the form carefully; it’s the last major race in Melbourne that they have the opportunity to bet on, before the winter racing action moves to Sydney. With the field restricted to 14 or fewer, the William Reid Stakes also offers solid betting rewards.

The 1,200m Group 1 weight-for-age sprint has been run at Moonee Valley since 1925, although night racing has only been a feature since 1998. It carries a $500,000 purse, so it generally attracts some seasoned sprinters. It can also be the birthplace of legends: famed gelding Manikato won the William Reid Stakes five times in succession from 1979n to 1983.

When studying the form once the William Reid Stakes 2017 field is announced, it is important for punters to consider the unique tight turns that are a feature of Moonee Valley, and opt for horses that are known to handle them well. The barrier draw is not that important, given that the race usually attracts only 10 or so entries, so barriers don’t make too much difference over the short distance.

Something else to bear in mind is the Group 1 Newmarket Handicap, another Group 1 sprint over 1,200m, that is run at Flemington racetrack two weeks before the William Reid Stakes. It can often be a useful guide to form for the horses that go on to compete at Moonee Valley, although the last year one horse won both races in succession was in 2013. The horse in question was the queen of the Lightning Stakes, legendary mare Black Caviar.