The Provincial and Country Race Day for 2017 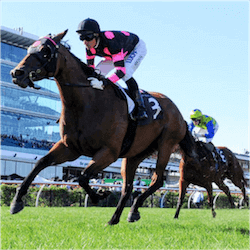 Gearing Up for the Provincial and Country Race Day

On Saturday the 24th of June, Flemington Racecourse will play host to the annual Provincial and Country Race Day event. This exciting event is a celebration of the connection that thoroughbred racing plays between the country and the city. Members of the various country and provincial race clubs will join VRC members and guest to celebrate the contribution of racing in Australia.

The event will include an exciting nine-race program with a total of 6 winter race series heats. The feature race of the day will be the $101,500 David Bourke Provincial Plate. This is a race specifically for horses that have participated in non-metropolitan races in the 12 months leading up to the race.

The historical 1600-meter race was famously re-named in 1999 by the VRC Committee in honour of Mr David Bourke. As Chairman of the Victorian Racing Club, Bourke was in a major influence on the Australian racing world and Victorian racing.

Last year, the David Bourke Provincial Plate was won by Royal Rapture. The Darren Weir trained horse finished ahead of rival Leveraction in second place with Magic Consol taking third and Award of Merit in fourth. Held on the 25th of June at Flemington, the David Bourke Provincial plate saw the Darren Weir’s 6-year-old gelding jump from barrier 1 into the 9 horse 1600m race to claim victory in a time of 1:40.37. Jockey Brad Rawiller was in the saddle with Royal Rapture’s starting price sitting at $4.20.

Leveraction, the Daryl Archard trained 7-year-old gelding jumped from barrier 8 with jockey Ms Brook Sweeney in the saddle to finish in second just 0.10 lengths behind Royal Rapture. Magic Consol, the 6-year-old gelding finished up the trifecta. Trained by Paul Preuster and ridden by Jordan Childs, Magic Consol finished 030 lengths behind the leader after staring from barrier 3.

This year, Flemington Racecourse will showcase more big race action starting off with the Super Vobis Two-Years-Old Handicap. The handicap race for two-year-olds has no sex restriction, no weight restriction and a field limit of 16 horses. With total prize of $100,000 the Super Vobis will kick off the Provincial and Country Race Day in style. With 9 races in total, punters and racing enthusiasts will have plenty to look forward to on the 24th of June.