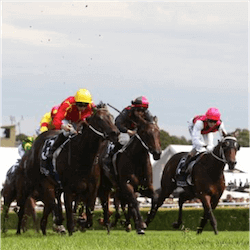 Saturday, 24 June, will see the 2017 Provincial and Country Raceday held at Flemington, giving the Melbourne racing community a chance to honour the contributions of Victoria’s non-metropolitan racing clubs to the industry.

Horseracing is one of the most popular betting attractions for Aussie sports fans, whether online or live at the track. And although Victoria’s richest races and most prestigious racing social events tend to occur at big-city Melbourne racecourses like Caulfield and, yes, Flemington, the backbone of the industry is found in the race meetings at smaller country courses, giving rural punters real-life thrills near home while they still have access to the big-city races online.

Victoria has 55 racecourses in total, and Provincial and Country Raceday is a celebration of every far-flung club, from Ararat to Cobram. The feature race of the day is the David Bourke Provincial Plate over 1610m. Named after the late David J Bourke, CBE, the former Victoria Racing Club chairman who died in 2005, the race is restricted to horses that have run in non-metropolitan races over the past year.

To make sure Provincial and Country Raceday is a day out that attracts racing fans from all over Victoria, the VRC has waived the entrance fee to Flemington for residents of Victoria’s provincial and country areas on 24 June. Upon showing their ID with proof of regional residency, they will be admitted free.

Members of Victoria’s provincial and country race clubs will also be invited to join VRC members and guests in the Members’ Enclosure at Flemington. For those who can’t be at the Melbourne action live, there are plenty of betting sites online that will allow them to get a punt on Provincial and Country Raceday.

There will be the usual nine races on the card, although the only confirmed name at the time of writing was the first race: the 1400m Super Vobis Two-Years-Old Handicap. However, there will be two winter series heats that will also attract many betting fans: the VRC-CRV Championships Series and the All Victorian Sprint Series.