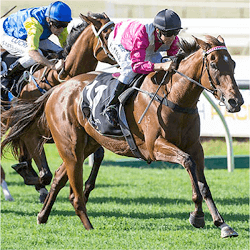 Western Australia’s best day out at the races is usually held on New Year’s Day, but since January 01 falls on a Sunday this year, the 2017 TABtouch Perth Cup Day will be held a day early: on Saturday, December 31, 2016. So instead of staggering off to the races after a hectic NYE party, this year, Perth’s punters can use the year’s most prestigious meeting at Ascot racecourse as a warm-up for an epic night out.

Racing fans Down Under are hugely excited by the 2017 TABtouch Perth Cup Day, as the feature race is always one of the most tightly contested on the Australian racing calendar. The 2017 Perth Cup should be no different, with some of Australia’s finest horses taking on the 2,400-metre handicap. As the winner of the CB Cox Stakes also run at Ascot two weeks ago, Perfect Reflection was the natural favourite for the race. However, the win also saw the four-year-old mare receive the top weighting for the TABtouch Perth Cup, at 59kg.

As a result, the odds on Perfect Reflection have lengthened, and punters can currently get between $4.50 and $4.60 on her. Kia Ora Koutou, the four-year-old gelding that made a winning comeback over 2,200 metres at Ascot in his last race, is now the race favourite, at between $3.20 and $3.30. He’s also only carrying 54kg, which may give him an edge.

Other Possibilities in Contention

Six-year-old Fathoms of Gold was a great surprise in the CB Cox Stakes. The outsider led the race practically from the start, and only in the final 150 metres did Perfect Reflection manage to make up the deficit. Over an extra 300m, however, the gelding probably won’t have the legs. Aussie punters who don’t fancy the first or second favourite would do better to take a punt on Tradesman or Star Exhibit, the only two other horses out of 15 currently being posted in single figures.