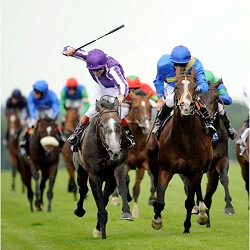 Racing Victoria (RV) recently announced the framework for its Minimum Bet Limit (MBL) policy. The policy will apply to all approved Wagering Service Providers (WSP’s) with bets on Victorian thoroughbred races from the 1st of October 2016. Earlier in the year, Racing Victoria announced its intention to implement the new minimum bet limit pending a consultation with its stakeholders to determine the most appropriate framework for the current Australian betting environment.

Racing Victoria received responses from 480 stakeholders including many influential punters, Wagering Service Providers, regulators and media consultants. Putting aside conflicting views on the industry, everyone was in acceptance of the minimum bet limit framework currently implemented by Racing NSW. The intention was for RV to closely match the NSW framework in order to maintain consistency in the industry.

After careful consideration, Racing Victoria have decided that its new minimum bet limit will mostly mirror that offered by Racing NSW on thoroughbred races. With the framework finalised, the new minimum betting limit will apply from 9am on race day for all day meetings, and 2pm on race day for all night meetings. The limit will allow punters to win up to $2000 on any single metropolitan win bet, and a total of $1000 on any single non-metropolitan win bet placed.

Additionally, WSP’s must now adhere to certain rules and regulations, and these include avoiding complying with bet limits, refusing to accept a fixed odds bet, placing any restrictions on a punters account with regards to Victorian thoroughbred races, and laying lesser odds than those publicly displayed.

Chief Executive of Racing Victoria, Bernard Saundry explained that they listened to all of their customers who had strong views in wanting the minimum-betting framework to match that of Racing NWS. Many people felt that in the interest of consistency and familiarity, it was the right decision to mirror the limit on a framework that was already established and accepted by the betting public. The synergy of the betting structure between the Racing NWS and the new MBL will go a long way to aid wagering service providers in complying with the October 1st deadline.

Saundry went on to add that they wanted the new MBL to take effect before the major Spring Racing Carnival meetings, that they endeavoured to ensure that Victorian thoroughbred racing remained a product of choice, and that the MBL would reaffirm this.