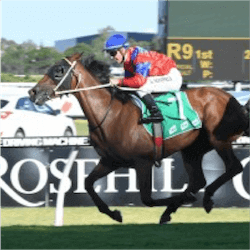 The Sydney Spring Carnival is in full swing, and online betting fans have a full card at Rosehill Gardens on Saturday to consider. The meeting includes two Group 3 races restricted to 3-year-olds, so punters will be on the lookout for youngsters at the start of a glittering career.

Pariah, the Snowden brothers-trained colt that won on debut in the 1100m G3 Canonbury Stakes at Rosehill in January, is the favourite, at around $2.80. Magic Night Stakes winner Tulip is the second-favourite; the filly is being offered at $4.60. Gerald Ryan-trained colt Condor Heroes, on a career record of 3: 1-2-0 since January, is at around $5.00

Bjorn Baker-trained colt Addictive Nature won his first start at Warwick Farm over 1100m in July, and was placed second over 1200m at Randwick earlier this month. He’s the $3.50 favourite to win the Ming Dynasty Quality on Saturday, closely followed at $4.00 by Assimilate, another colt trained by Peter and Paul Snowden.