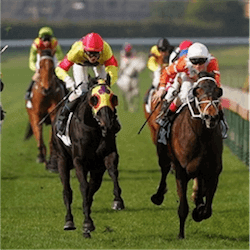 There’s still enough good racing in Melbourne to keep Australia’s online sports betting fans entertained through the winter. Caulfield’s annual Sir John Monash Stakes Day is scheduled on 15 July, and the feature race is an interesting sprint that can draw an unpredictable field.

The Sir John Monash Stakes is a Group 3 weight-for-age handicap, run over 1100 metres for a purse of $150,000. Over the years, it has gained a reputation as a race that attracts two types of horses in particular: established sprinters, easing their way back into the season mid-winter after a rest or an injury, and up-and-coming sprint stars striving to move up in the rankings.

Sir John Monash Stakes Day, and its main race, are named after the famed Australian commander of the First World War; the bloke on the $100 note. He was a prominent Melbournian, as indicated by the number of places and institutions still named after him in Victoria.

In another link to money, Sir John Monash Stakes Day may give punters a treat in the form of a run from injury-plagued sprinter Lankan Rupee. Trainer Mick Price has had the 7-year-old back at work for the past month in his Caulfield stables, and he has indicated that the Monash may be next on the calendar.

Price and Lankan Rupee’s owners are still weighing up the gelding for The Everest, the $10-million race set to debut at Randwick over 1200 metres in October. The trainer has yet to decide whether the 1100m Monash, or the 1200m G3 Bletchingly Stakes, also run at Caulfield in July, would be a better fit for the sprinter’s return.

Lankan Rupee hasn’t raced since November last year, when he ran fourth in the G1 Darley Classic over 1200 metres at Flemington. Nevertheless, he has career earnings in excess of $4-million, and a record of 26: 11-3-5.

However, injury niggles have seen the gutsy sprinter race only three times since the start of the 2015-16 season, so Sir John Monash Stakes Day could be the first chance punters get to see him back in form.