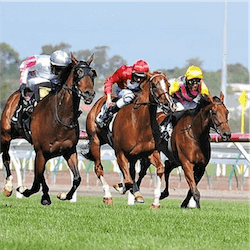 Adelaide’s South Australia Derby on 13 May

Adelaide’s Autumn Racing Carnival is providing online betting fans with lots of action from the South Australian capital’s Morphettville Racecourse. The South Australia Derby on 13 May will be well worth a punt, as well as an excellent opportunity to spot the 3-year-olds with a bright future as stayers ahead of them.

The Derby is run over 2500m and dates back to 1860, when it was first run as the Thebarton Derby at Thebarton Racecourse. After a break from 1869 to 1875, it was resumed at Morphettville in 1876, where it remains today. The purse now totals $600,000, with the Derby a set-weights race open to fillies, colts and geldings.

The Derby is run just a week after the Group 1 Australasian Oaks, Morphettville’s other great race for 3-year-old stayers, although the 2000m Oaks is open only to fillies. Both look like excellent proving grounds for young horses that have the potential to become champions over distance races.

No 3-year-olds are going to have form over 2500m worth considering, so punters’ bets are likely to be guided by breeding and bloodlines for the South Australia Derby. There are still 29 nominees to be thinned out before the final field is announced, but gelding Odeon is the current ante-post favourite among the bookies, at $6.00.

Colt Ruthven is at $8.00, and punters will be watching him carefully in this Saturday’s VOBIS Gold Heath over 2000m at Caulfield. Joint second-favourite with Ruthven is another colt, Rockstar Rebel, who is also scheduled to run in the Heath, so betting enthusiasts will be able to get an idea of how the two square up over distance.

Filly Harlow Gold and colt Seaburge are joint third-favourites for the Derby, at $9.00. With three game Group 1 performances over increasing distances this year, the filly may have the edge: she ran fourth in the 1600m Australian Guineas at Flemington, third in the 2000m Vinery Stud Stakes at Rosehill, and fourth again in the 2400m Australian Oaks at Randwick.