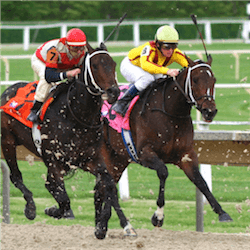 Harness racing tends to be overshadowed in sports news by flat racing, but the discipline nevertheless  has plenty of fans in both Australia and New Zealand. For these punters, the highlight of the year is coming up this Sunday, when Tabcorp Park Melton hosts Australasia’s richest race day: Breeders Crown Day, with prize money totalling $1.3-million. If you can’t get to the track you can always place your bets online at Crownbet.

2017 Breeders Crown 3yo Colts and Geldings

The race of the day garnering the most interest is likely to be the 2017 Breeders Crown 3yo Colts and Geldings, in the pace division. The colts in particular will be of interest, as one of the purposes of Breeders Crown Day is to allow punters to spot the champion sires of the future.

There are nine other colts and geldings in the field, but with all of them at $30.00 and above, they’re outsiders.

Trot Will Also Be Worth a Punt

The trotting races may not have the full-throttle thrills of the pace division in harness racing, but it requires it own skills and has its own rewards to offer punters. The 2017 Breeders Crown Trotting 3yo Colts and Geldings race, also on Sunday, has several options.