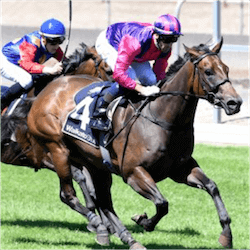 One of the joys of online sports betting is that it gives Australian punters access to any sports action they like, all over the world. Horse racing fans will be studying the form for the Wellington Cup with interest, with the approach of Wallaceville Estate Wellington Cup Day on January 21. Wellington Racing Club bills it as the premier race day on New Zealand’s annual racing calendar, and thousands of racing fans agree.

Wallaceville Estate Wellington Cup Day is also a major social event, of course; the one day of the year when fashion-conscious celebrities, the occasional racing better and serious punters all rub shoulders at Trentham Racecourse. There is an annual best-dressed competition, plus plenty of other entertainment at several hospitality venues. Wallaceville Estate Wellington Cup Day falls on the middle of three Saturdays that make up the annual Wellington Cup Carnival, making it the high point of summer racing.

There are at least two races on the Wallaceville Estate Wellington Cup Day card that Australian betting enthusiasts will want to be wagering on: the first is New Zealand’s richest sprint, the $250,000 Group 1 JR & N Berkett Handicap over 1,200m. The other, of course, is the feature race of the day: the Wellington Cup, restored to its original two-mile glory at 3,200m.

In spite of a downgrade to Group 3 after the 2016 race, the Cup has also seen its purse boosted to $250,000. The sponsorship by Wallaceville Estate is significant, too. This all-amenities residential development in the Wellington suburb of Upper Hutt is located very close to Trentham racecourse, so local business is obviously in full support of the attention this prestigious race brings to their area.

It’s too early to have a final field for the 2017 Wellington Cup yet, let alone the draw, but there are 22 horses currently nominated that bookmakers are offering odds on. Five of these will reward punters with under $10.00 for a win and $3.00 or less for a place. The favourite is still 5-year-old Bloodstream, a gelding, at $5.00/$2.00.