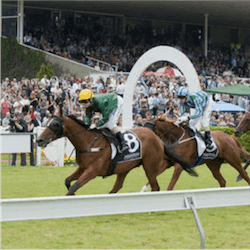 Classic Day, held at Wellington’s Trentham Racecourse last Saturday, is the traditional Super Saturday that kicks off the three-week Wellington Cup Carnival. It featured three ‘black type’ races on the card, so there was plenty to interest Australian sports betting enthusiasts; apart from the betting available on the day, they also provide a form guide for upcoming races in the Carnival.

The 1,600m Group 3 race with a NZ$70,000 purse, the Tui – Backing a Winner Since 1889 Anniversary Handicap, saw a close finish between stablemates Seize The Moment and Thee Auld Floozie. The 5-year-old mare put up a mighty challenge, but 6-year-old gelding Seize The Moment held her off to win with a strong final gallop.

Trainer Stephen Marsh’s team has confirmed that both horses will be back for the Thorndon Mile. This is one of the feature races on the final Saturday of the Wellington Carnival: Family Day at Trentham, on January 28.

The other Group 3 feature race on Super Saturday was the 2,100m Trentham Stakes, sponsored by Mills Reef Winery and also carrying a purse of NZ$70,000. This provided one of the upset wins of the day, with outsider Sampson, a 7-year-old gelding carrying 55kg, romping home to return NZ$22.30 at the tote.

Sadly, however, trainer Howie Matthews baulked at a top-weight of 60kg on Sampson in next week’s Wellington Cup, so he won’t be running. Bloodstream remains the favourite for Saturday’s race at NZ$4.60, but Jacksstar, Alinko Prince, Clarify and Fanatic are all being offered at below double figures.

The Group 1 Levin Classic, now sponsored by Randwick Meats, was as always the race of the day that generated the most excitement. Bookies found it hard to separate two 3-year-olds as favourites in the week leading up to the race: Hall of Fame and Savile Row.

The two colts maintained this inseparable rivalry throughout the Levin Classic, but Hall of Fame galloped past Savile Row and original race leader Jon Snow at the 200-metre mark. Savile Row kept up the challenge all the way to the line, however, and Hall of Fame took it by a nose. Neither horse is scheduled to run again in the Wellington Cup Carnival, but they will be at the New Zealand Derby in Auckland.