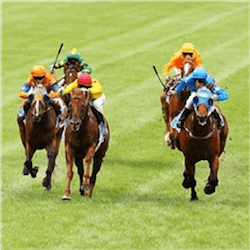 The William Reid Stakes is a feature event that draws great crowds on the day, or as is often the case, in the evening. It is a Group 1 race and is a 1200m sprint with as much as a $500,000 purse up for grabs. The race is normally run at Moonee Valley race course and this year will be no exception. The race will be run on March 24th and will feature a maximum of 10 competitors at the starting gates. Many great former champions have won this event including Miss Andretti, Apache Cat and the hugely successful, unmatched Black Caviar.

Moonee Valley Racing Club, or MVRC for short, is also the home of the prestigious W.S Cox Plate which is seen by many as Australia’s premier racing event of the year. The MVRC was established in 1883 and has been an essential thoroughbred hub for the region and was also the first Australian metro track to host racing at night. It is an essential part of Victoria’s racing history and has earned its place as one of the best racing destinations in the country.

As we wait for the final field of the William Reid Stakes with jockeys, barrier draws, weights let us cast our eyes back to the beginnings of this race over 130 years ago. Back in 1883 on 15 September, the first race was measured as 12 furlongs and was run by 9 horses which ultimately resulted in a dead heat between Eveline and Pyrette and would be the first of thousands of races that would be held at this venue for many years to come.

So it is that we look forward to the 24th of March 2017 to see who will come away triumphant from this historical venue and action packed race along with thousands of other race fans.

As always, please be sure to check back with us for updates as the date draws nearer and more information becomes available.